July 11, 2022 – Trail crews are working on resurfacing this trail over the next few weeks. Use caution.

The Golden Springs Trail, named after the natural springs located just south of the Hersey Lake Conservation Area, was the first section of trail completed by the Trails Committee. Built in 1979, the trail links the Gillies Lake Promenade with the Hersey Lake area. It is constructed of a hard packed crushed rock material with several lookouts, rest areas and boardwalks located along its length. The Golden Springs Trail takes you through a gently rolling terrain complete with upland and lowland forests, bogs and many beautiful lakes.

The trailhead is located on the east side of Hwy 655 at the corner of Ross Avenue. A round trip to the Hersey Lake Conservation Area is 11.5 km while Rainbow Lake is just over 15 km. The first leg will take you northward along several old bush roads and trails, through some abandoned mine tailings areas and upland forests until you reach the Sand Claims Road Crossing. From here you travel east to the top of a man-made dike. The trail heads due north to McIntyre Flats where it forks into a west route and an east route. After about 0.5 km both routes join up again at the Jack Rabbit Circle. Continuing due north, the trail then passes through the Kestrel Crossroads. At this point, you can either take the more direct South Trail into the Hersey Lake Conservation Area, or continue on the Golden Springs Trail to the north. From here onwards the trail system is largely forested and contained within the conservation area’s boundaries. The many trails within the conservation area are laid out so that one is able to mix and match various trail loops while visiting the four corners of the park. Major intersections such as Wintergreen Circle, Raven Roundabout and Fisher Lake Square, all provide the trail user with directional signs and distances. The two major loops are the perimeter trail around the conservation area that visits Lynx Lake and Fisher Lake, and the north loop that goes to Rainbow Lake and back. 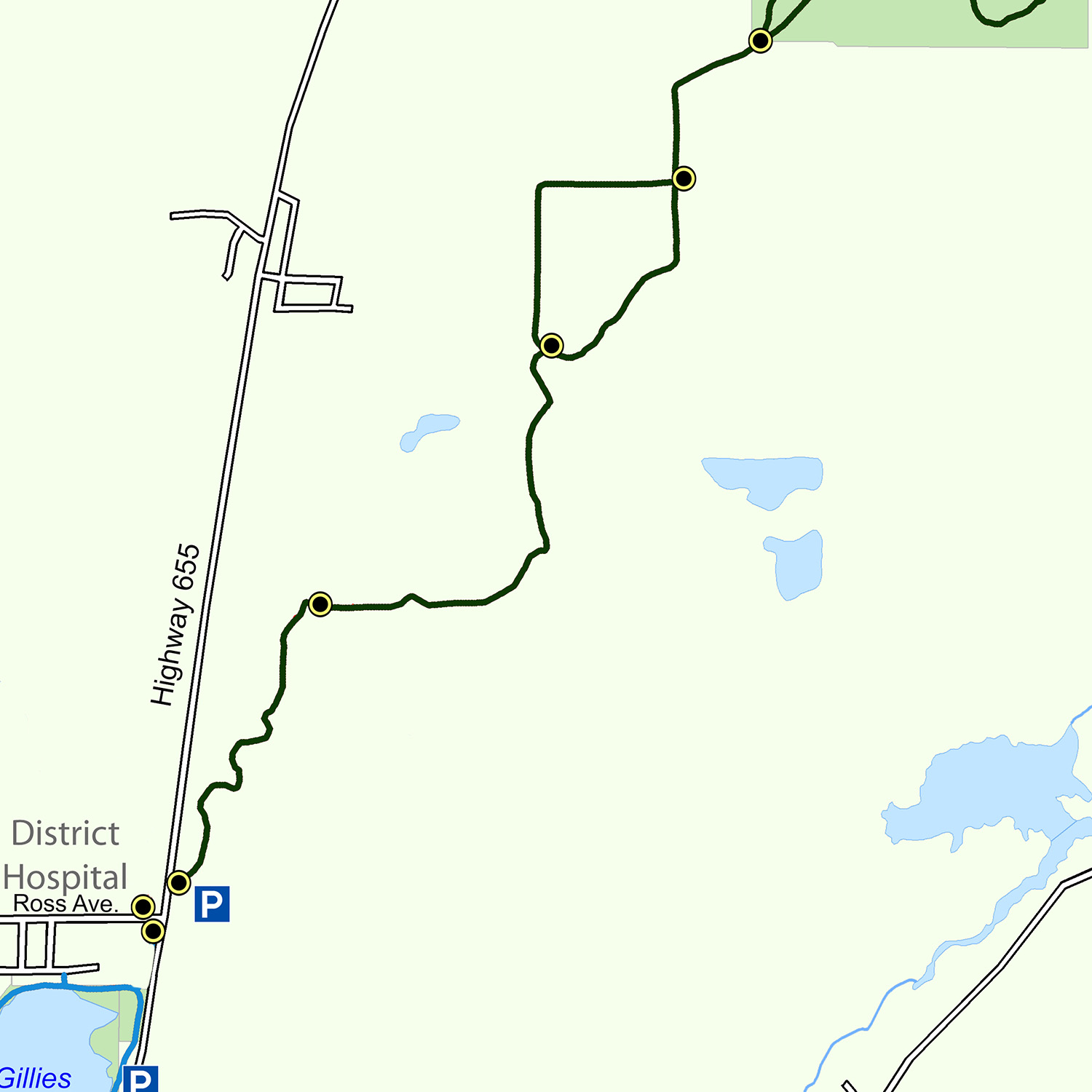